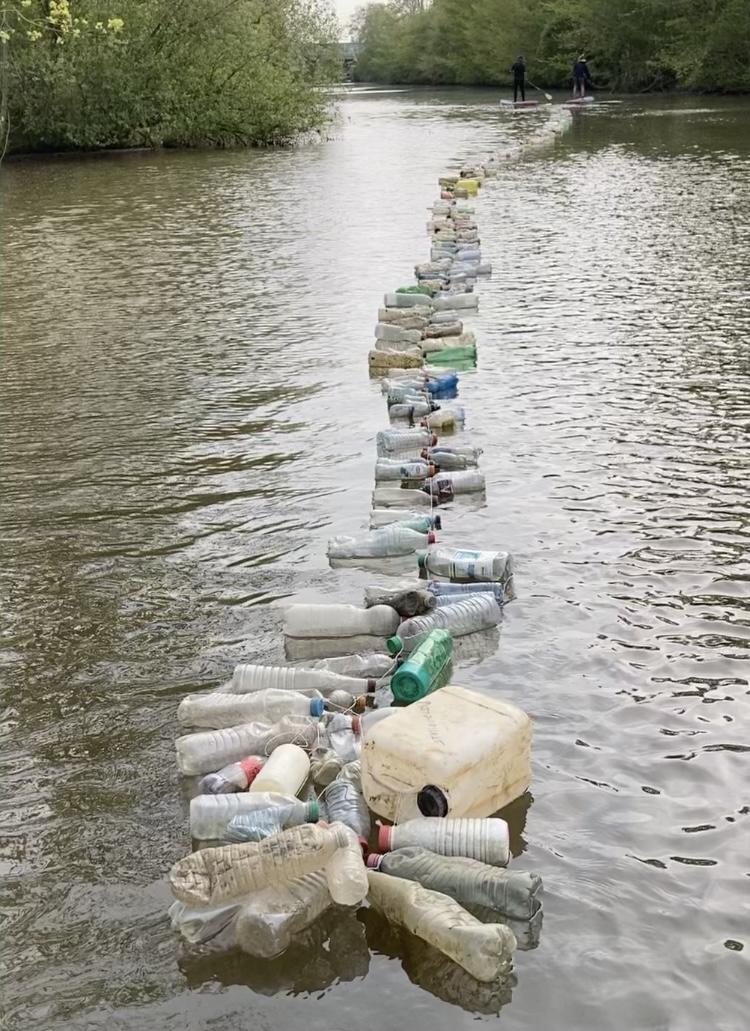 The stand-up paddle board expedition through Belgium launched by Belgium-born Wim Pyl has arrived safely, not without a fresh dip on the rough beach of Nieuwpoort. Wim and his friend Jan Moermans - authors of a similar expedition on that exact same route 5 years ealier - were this time accompanied by Wim's sister Tineke, and by French-born Antoine Bruge, in charge of the Plastic Origins project by the Surfrider Foundation.

The paddlers crossed Flanders and spent nearly 10 hours each day on the water, on 4 different Belgium rivers in order to pick up the rubbish found on their route. About 60kg were picked up daily – even up to 120kg – needing to go empty the trailer full of rubbish bags almost every day in the landfills managed by Renewi. About 18 pieces of rubbish per km were reported in the studied areas via the Plastic Origins tool, the majority of them in the form of fragments such as bags or wipes (62%). 20%  are made of bottles, 14% of food packaging and household products.

A giant snake made of bottles was designed for this occasion to alert people to the large presence of plastic waste in rivers and of its impact: made of more than 400 bottles picked up along the way, the paddlers managed to tow their 50m long floating snake, like the submerged part of a much larger flue since it is 220kg of plastic waste that enters the oceans each second.

The river Leie/Lys seems to be the most affected one, a river which originates in France.

If 5 years after their first trip Win and Jan observe that some accumulation areas have been cleaned up, the average quantity of waste observed and collected has hardly changed, which remains very alarming, both for the health of the rivers, the oceans, but also for ours. We ingest about 5 grams of plastic per week.

Day 1, from Hasselt to Aarschot on the Demer

Day 2, from Aarschot to Mechelen on the Dyle or Djile

Day 3, from Kortrijk/Courtrai to Zulte on the Lys or Leie

Day 4, from Deinze to Ghent on the Lys or Leie

Day 5, from Ieper/Ypres to Nieuwpoort on the Yser or Ijzer.