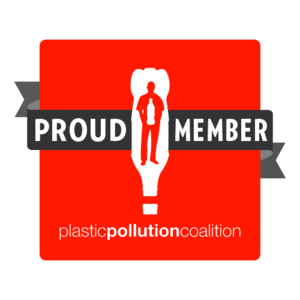 Watertrek has joined Plastic Plastic Pollution Coalition, a global alliance of more than 1,200 organizations in 75 countries working toward a more equitable world free of plastic pollution and its toxic impact on waterways, oceans, and the environment.

Séverine, our founder, also becomes a Notable Member of PPC, an honorary title shared by the likes of
alongside Jeff Bridges, Jackson Brown, Jane Fonda, Bette Midler, Jack Johnson, Kevin Bacon, Kyra Sedgwick, Chelsea Handler etc…PPC is currently working with Hollywood industries to raise awareness on plastic and waste representation in TV series through its initiative «Flip the script on plastic». The aim is to develop new narratives and gestures on screen, an approach that particularly inspires Séverine, both as an actress and environmentalist, and as she is launching her own Masterclass for Cinema students Acting in the anthropo(s)cene.