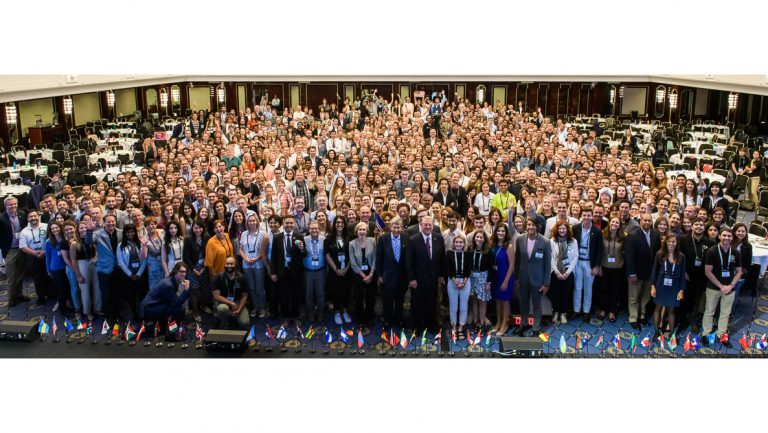 Former US Vice President Al Gore and all his team from the Climate Reality Project were in Europe this June 2018 to dispense training on the climate crisis, providing an opportunity for Séverine - creator of Watertrek - to widen her knowledge in this field and think about possible projects. More than 700 people from all over the world met in the Hotel Maritim, right in the heart of Berlin, from 26 till 28 June to participate in 3 days of conferences, workshops and meetings. Themes were sometimes very sharp: "Climate and migration", "Raising ambition in Europe", with a particular focus on the host country - Germany - and its essential transition (with Poland) from coal.

The heart of the program remains the impressive presentation delivered by Vice President Al Gore, both in its extensive version of 2:45 hours, and its short version: 10 minutes. Associating cards, figures, diagrams, photos, videos of the main fires, droughts, storms, rains, heat and cold waves undergone all around the world, Al Gore provides an extremely well documented view of the current situation, allowing us to see links between events which can sometimes seem isolated.

If his factual report is obviously alarming - it also presents some very effective and virtuous initiatives to fight the climatic disorder. Climate leaders are then invited to take ownership of the material - all the resources are accessible - to go and speak in their own community.

If the question of oceans was not directly addressed, many climatic facts are bound to it. The subgroup of new Climate Leaders from London under the supervision of mentor Jo – and which Séverine belongs - decided to start work on the consumption of plastic bottles in London airports and on replanting, projects which particularly and already interest Watertrek.

Climate Reality Training is regularly delivered all around the world and is open to all on selection.