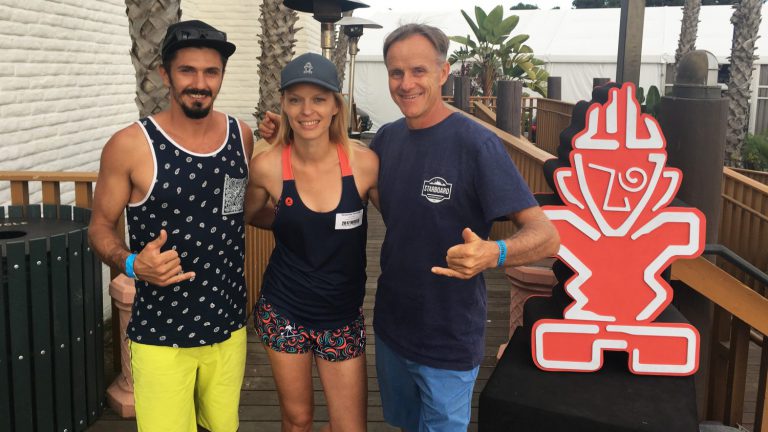 Watertrek has been able to rely on the support of Starboard - the most famous sup and windsurf board manufacturer, created by Champion Svein Rasmussen - since January 2016, and we are very proud to have been invited to San Diego for the annual sales meeting. The gathering offered the chance to meet the entire Starboard crew throughout the world - salespersons, distributors, as well as other NGO supported by the brand, such as Parley, SUP kids, and Sustainable Surf.

Severine, creator of Watertrek, was able to pitch and present the current projets and vision of Watertrek, as well as connect with possible new coordinators in the US. Svein Rasmussen did a powerful statement on his involvement to protect nature and oceans, presenting eco and recycled boards, as well as his new Paddle & Pick device, a trash/treasure bag delivered with every single board purchased, the bag coming with a hook to strap on your paddle in order to "fish" waste from the water more easily.

Everybody then left up north to reach Dana Point and attend the Pacific Paddle Games, one of the major SUP event around the world, where most famous Starboard racers took part, and where Linzi from SUP Kids was able to raise awareness on plstic pollution through a massive plastic wave she had built.