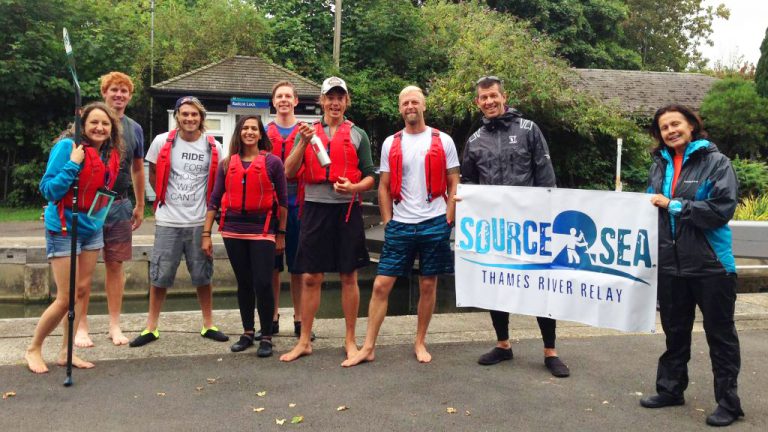 In September 2016, the first stand-up paddle board Source to Sea Relay on the River Thames was held as part of the Totally Thames Festival. The Festival was a celebration of this vital and mighty river and the relay was one of over a hundred events held over the course of a month. The relay had a strong water conversation component and aimed to raise awareness of the epidemic of plastic waste and the significant impact that this has on our waterways and oceans.The relay started at Thameshead - the official source of the River Thames - where a baton of water was collected by French adventurer Arnaud Delerive and his wife. It was then relayed down river by different groups travelling by SUP. As the baton changed hands and weaves it's way towards London there was an opportunity for different events to take place along the way, including a mass paddle and marathon, education sessions on water conservation and clean ups. The relay has been a great occasion to get communities involved in protecting the river and join environmental participative science initiatives. Paddlers were eventually asked to make their pledge to the #oneless campaign, sharing a selfie with their favorite refillable bottle.