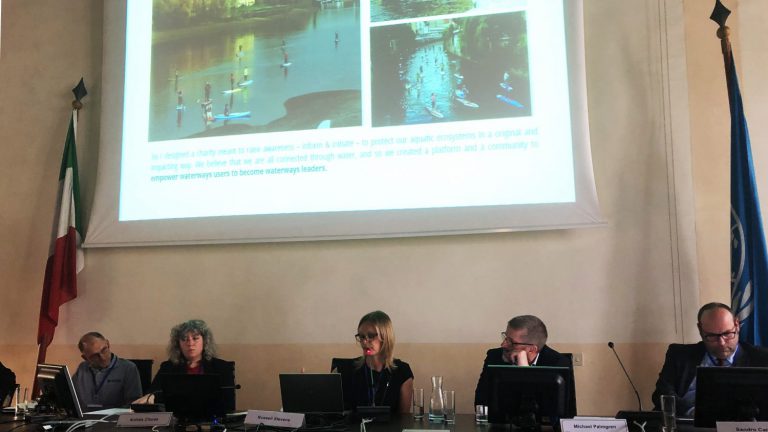 On the initiative of Francesca Santoro - Head of the UNESCO Regional Office in Venice - Watertrek was invited in December 2017 to join he Ocean Literacy for All Conference and present a non-formal education case.

For 2 days, elected officials and institutions, such as Gesine Meissner (Member of the European Parliament), Peter Tomson (Special Envoy for Oceans at the UN), Officials and University curriculum managers, as well as representatives of associations were able to present their work and practices implemented to promote oceanographic knowledge. The aim was to explore ways  to make this knowledge accessible for all. Watertrek - alongside his partner Surfrider and in the person of its founder Séverine - was able to present his initiatives during a twenty-minute intervention in the heart of the Venetian capital.

After those two days of presentation and interaction, working groups were formed to put in place a medium-term strategy. Watertrek has thus invested in a group in charge of the implementation of a proposal for a law to make oceanographic knowledge compulsory in schools, a great starting point for new synergies and a thorough work to deepen in the coming months, especially since the UN approved in December 2017 the proposal of the IOC-UNESCO "International Decade of Ocean Science for Sustainable Development".

Thank you to the whole Unesco team for its welcome.

On the UN oceans decade: