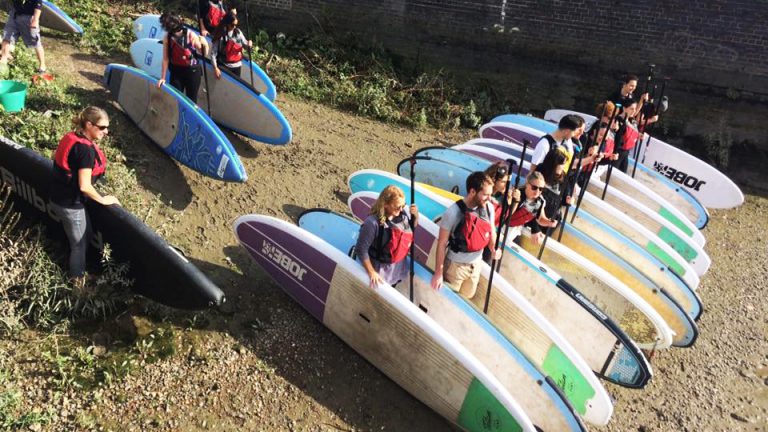 Tidefest was hosting the 7th session of the Plastic Ocean Festival on Sunday, the 10th of September, and once again, the Festival turned into a real success.

Volunteers joined a Paddle & Pick with Partner Active 360 and its founder Paul Hyman in the morning and helped to remove 647 pieces of litter from the River Thames. The survey result showed that food wrappers came on top once again as the most abundant litter item in the Thames, followed by plastic cups and bottles. The vent was honored by the visit from the local MP Ruth Cadbury.

Several decades of participants gathered in the Over the Ait Pub to attend the screening of the documentary film A Plastic Ocean, the chairman of the Oxfordshire Federation of Womens Institutes also attending. A real eye opene, the film was followed by a long and engaging Q&A session with the attendees and Kim - marine scientist from Thames Estuary Partnership, Wanda, marine Biologist and coordinator at Watertrek and Séverine, Watertrek founder - where was discussed the issue of plastic pollution in London but also worldwide, highlighting what each individual can do to help the environment.