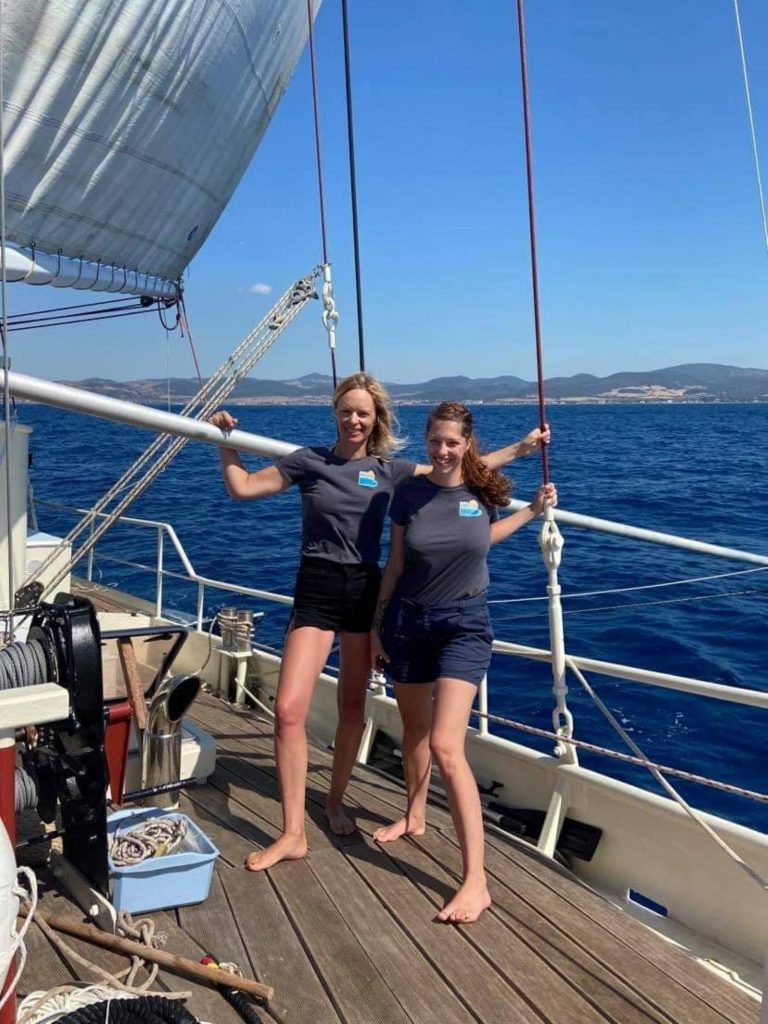 Study of microplastics at Mediterranean Sea

Séverine and Emmanuelle boarded the Italian scientific sailing ship “le Bonita” in the third week of August 2020. The aim: to contribute to the work of the Expedition Med association to establish new filtration and analyze protocols of microplastics in the Mediterranean Sea. While Séverine is accustomed to the project, it was a first for our employee Emmanuelle (who became permanent at Watertrek on the 1st of August!) who is not really accustomed to sailing. She started by getting acquainted with Giulio Cesare Giua, the skipper, Bruno Dumontet the founder of Expedition Med and Tosca Ballerini, the scientific coordinator.

In contrast to previous years, the main objective of that week at sea – the only one in this pandemic year – was to test and clarify protocols to be used on future campaigns. There are many ways to evaluate microplastic concentrations into the sea – more or less accessible to non-scientists – and the main challenge of citizen science is to find the right balance between precision and accessibility.

On a predefined area, a calibrated manta net is launched and tracted in constant conditions for 30 minutes. The content of the collector is then emptied and filtered, the organic materials (plants, plankton and occasionally a hippocamp!) are taken out. Until now, the rest of the content was sent to a laboratory for a precise, and often expensive, analysis. This time, samples were studied on board that’s where we were able to discuss the best procedures. With a sieve column of finer and finer meshing, it was possible to categorize the plastic fragments according to their size, color and nature. The smallest were seen under a microscope. The protocols were successful, but the results were horrible! About 50 fragments were counted in each of our samples, which means that we indirectly ingest about 5 grams of plastic each week!

This expedition had a special meaning for Watertrek: it allowed Séverine and Emmanuelle to pursue their reflection on the conception of a microplastic net adaptable to SUP. Many ideas have emerged, stay tuned!

A giant snake built out of trash during a paddle expedition throughout Belgium
Plastic Pollution Expedition on 3 Belgian rivers launched by our friend Plastic Monster
Descent of the River AA between Remilly and Setques for Stéphane's northern crew
Gérer le consentement aux cookies
We use cookies to optimise our website and our service.
Manage options Manage services Manage vendors Read more about these purposes
Preferences
{title} {title} {title}