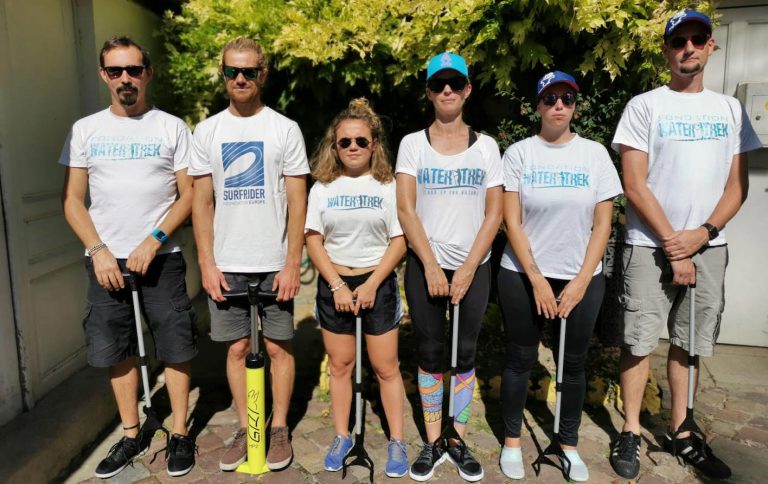 Watertrek volunteers have paddled down the Orne River (French Normandy) between Thury-Harcourt and the Pont de Brie as part of World Clean-Up Day last Saturday, on September 21, 2019. During their 3 hours of paddling, we collected numerous tires, a washing machine drum, an iron, various plastic and glass bottles, along with far too many plastic bags and wipes wrapped around trees & branches, those being particularly hard to remove.

Emmanuelle, Watertrek’s very first official employee; Oriane, who studies legislation & sustainable development in Leiden; Antoine & Mathieu, paddlers from the Cotentin area were joined by Antoine Bruge, who is in charge of the development of a protocol meant to map macro-waste in rivers and works for Surfrider Foundation in Biarritz. The two structures hope to join forces and build a solid partnership to further study pollution along river banks and use common tools and protocols. 80% of the litter found at sea comes from the land, it is therefore important to act upstream and ensure the protection of those fundamental ecosystems.

Symbolically, the crew was very happy to combine their commitment against plastic pollution - the world clean-up day federated many beach clean-ups all around the world this Saturday, September 21 - with the opportunity to “Walk on the water”, in conjunction with the participants of the numerous Climate Marches happening around the globe.